CT ROCKS! will not be on WPKN for the forseeable future ... I am taking a leave of absence from WPKN.

Apologies to everyone for such a long gap in posting info here.

Since the last post, about 100 more episodes of CT ROCKS! have aired.
And, recently, a short run of CT ROCKS! t-shirts were printed. 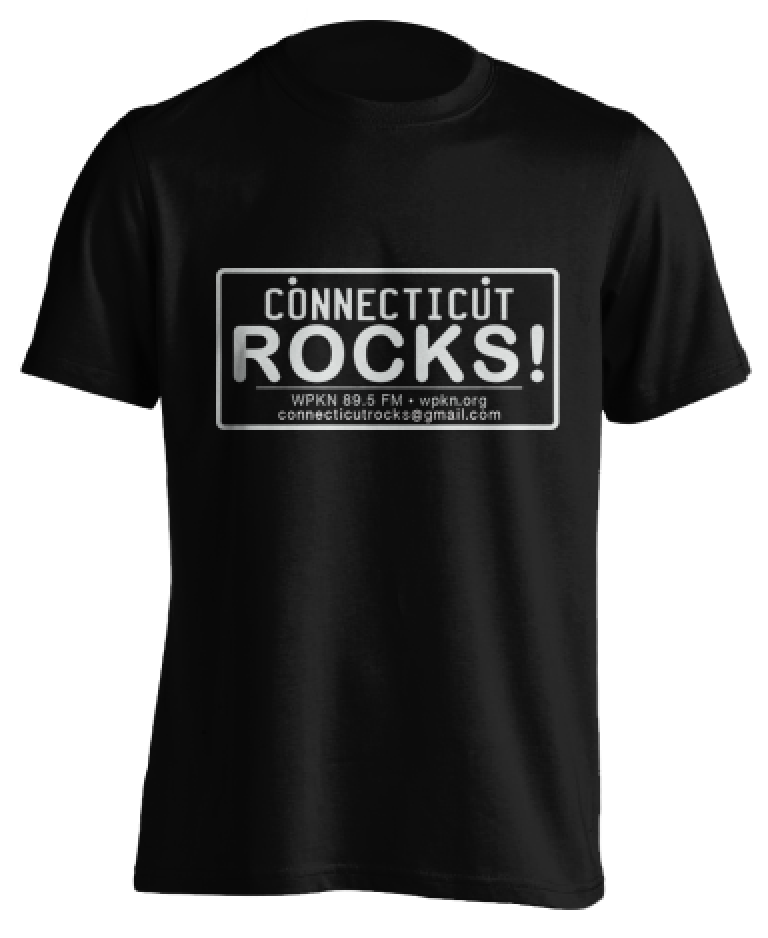 Now, coming off an overnight edition of CT ROCKS! ... 52 tracks in just under 4 hours .. the show is now in hiatus. In other words, a suspension has been issued, and CT ROCKS! will not be on WPKN for awhile. A hearing will be scheduled to review the suspension decision.

Perhaps, CT ROCKS! can continue as podcasts .. we'll see.
I intend to collect as many recent episodes as possible ..
and post to www.archive.org ..
As for the future .. maybe a one hour podcast ... your thoughts are valued.

Host Bob D’Aprile welcomes the current CT State Troubadour, Chuck E. Costa, live in-studio during a fundraising edition of Connecticut Rocks! Costa is in two performing groups, Mon Monarch, and with Mira Stanley, The Sea The Sea. He will be releasing a collection of songs later this month, composed by school children. Also, singer-songwriter, Brian Dolzani will stop by. Dolzani is in residency at The Outer Space in Hamden, and he releases a new album, “If I Don’t Speak A Word…” later this month. He will have copies of his new album available as a premium for supporting WPKN. And, Steven Christophor of the band, Flowerland, and behind the label, Gypsy Garden Records.
*CONNECTICUT ROCKS!!!*email: connecticutrocks@gmail.com

keepin' it FREE!
so many of you can come

again, keepin' it FREE!
so many of you can come

Listen to this show in the WPKN Archives
http://archives.wpkn.org/bookmarks/listen/35639

CT ROCKS! is on the air tonight at 11pm ... tune in for CT indie original music ... in-studio guests possible ... 89.5 FM / wpkn.org ... miss any CT ROCKS! shows? hit the WPKN Archives where you can access playlists and listen to past shows ... Connecticut Rocks! on WPKN ::: http://www.facebook.com/groups/ctrox ::: TUESDAY MAY 15 is MADE IN BRIDGEPORT day on WPKN + later that night, it's MADE IN BRIDGEPORT night at TWO BOOTS downtown Bridgeport

Last week, there were two episodes of CT ROCKS! ... #130 featured GEORGE MORGIO from the 60s CT band, North Atlantic Invasion Force. He even played a few songs acoustic LIVE in-studio. Lou Lorenzo from FAREWOOD was on the show and Mike Lawson from LOCALBANDREVIEW.com called in ... hey, GEORGE MORGIO is in BRIDGEPORT tonight!!! with FIFTH NATION is a FREE show at TWO BOOTS ... starts at 8pm ...

last Saturday, CT ROCKS! #131 ... a three-hour adventure including my selections .. and DAVE D (from the old HIP Magazine, and sometimes contributor to the Local Bands Show) ... Dave may be a monthly addition to CT ROCKS!

please tell your friends about CT ROCKS!
Posted by CT ROX at 10:18 AM No comments: